In part 1 of this series, I shared a couple of images of a DMT Fine (600) diamond plate before and after “break-in.”

In this article, I present a few images from a Coarse (325) and an Extra-Fine (1200) diamond plate. These images provide insight into the surprising results of The Diamond Plate Progression.

The Coarse plate is very similar to the Fine, with a relatively uniform size distribution of diamond particles embedded in a nickel plating.

In this example, the hone was “broken-in” by rubbing on a hardened steel surface for approximately ten minutes and then used to lap a Shapton 16k hone for a few minutes.  The results are consistent with those observed in the case of the Fine hone.  The diamonds that sit higher are removed or broken off, evening out the variation in the height of the exposed diamonds and smoothing the diamonds that contact the surface being honed.

DMT coarse (325) after break-in. Particles that were sitting higher than the others were either broken off or removed during the process. 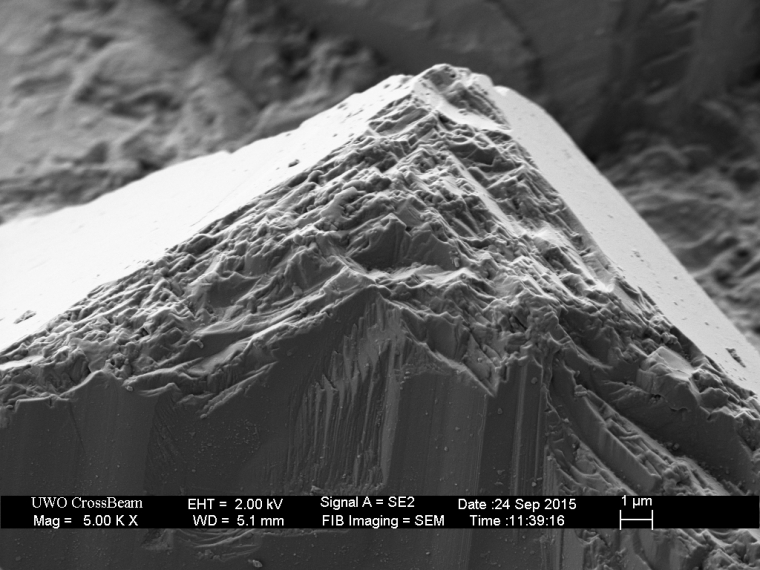 Close-up of a diamond on the broken-in DMT Coarse (325) displays sub-micron roughness.

The Extra-Fine (1200 grit) is of similar construction, with appropriate-sized diamonds embedded in nickel plating.

Surprisingly, this plate is “contaminated” with over-sized diamond particles. These coarse-sized diamonds are approximately twenty microns higher than the nominal-sized (9 micron) diamonds.  Such over-sized particles are likely responsible for the anomalously deep scratches created by the EF and EEF hones in The Diamond Plate Progression.

A Coarse-sized diamond in the Extra-Fine honing plate. 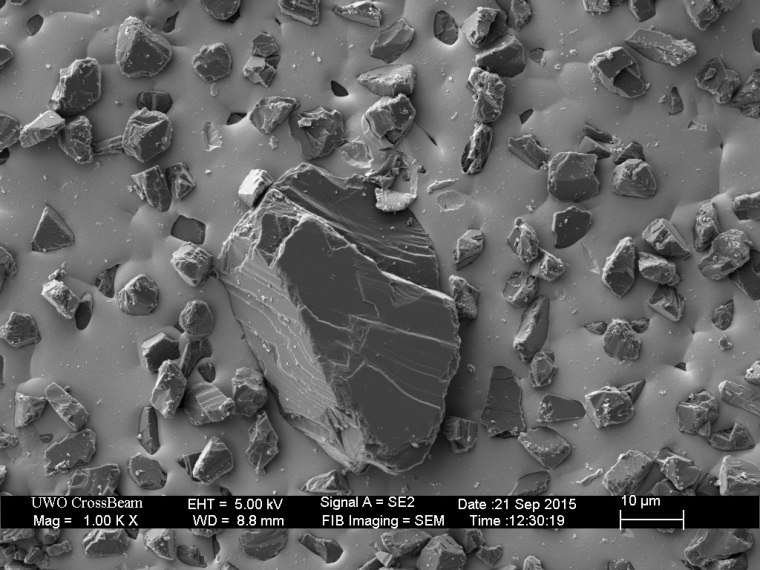 A Coarse-sized diamond in the Extra-Fine honing plate. 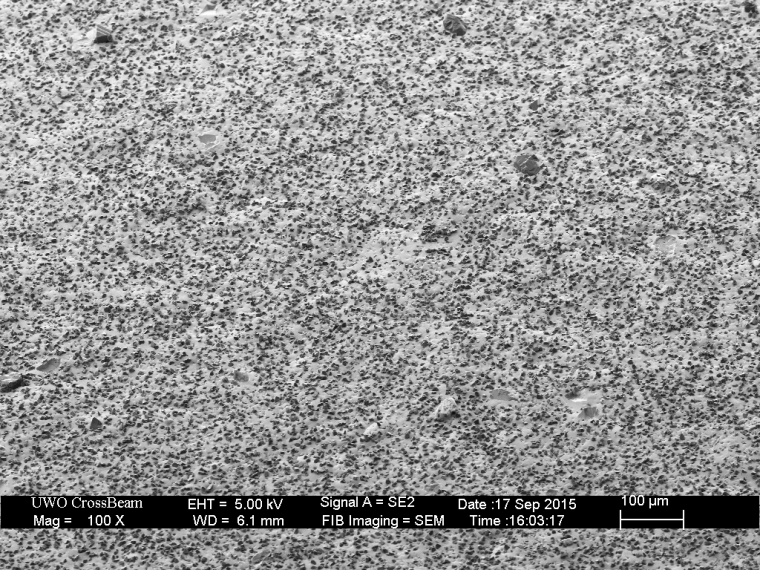 The coarse-sized diamonds appear with a density of approximately 1 per square millimeter on this particular plate. Additional impressions in the nickel plating from over-sized diamonds that have come loose are observed with similar frequency.

The construction of the Extra-Fine plate is revealed in this cross-section image. Approximately 20 microns of nickel is plated onto the steel substrate with diamond particles embedded in the plating. The cross-section polishing was performed near one of the over-sized diamonds.

This plate was then broken-in with the usual process of rubbing a piece of hardened steel across the surface for approximately ten minutes. 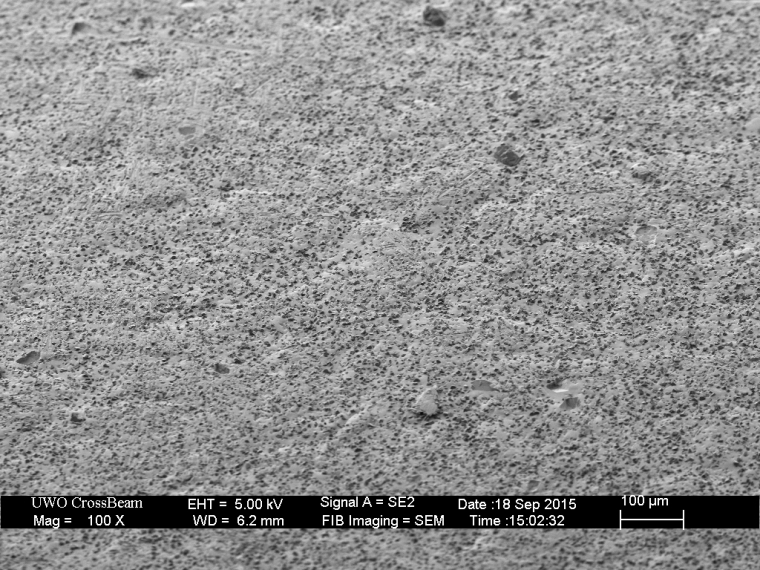 Many of the over-sized diamonds are complete removed during the break-in, leaving only a depression in the nickel surface. However, a number of a coarse particles that were well-adhered remain.

This coarse-sized diamond remains almost undisturbed by the break-in process.

The contacting surface of this over-sized diamond has been smoothed at the contact points.

This coarse diamond was broken off below the nickel surface.

In a few cases, the surface of the over-sized diamond has an impacted layer of metal transferred from the steel surface that was honed during breaking.

The break-in procedure affects the extra-fine (9 micron) particles as well.  The less well adhered diamonds fall out, and many are broken.

The before and after images presented here demonstrate that significant changes occur in the surface of the plates occur within the first few minutes of use.  The depth of scratches created by these hones will depend on the shape of the exposed tips and on the applied pressure.

Noting that pressure is inversely proportional to contact area, when honing on the extra fine plate with its few tall coarse diamonds, the pressure will be very high with the force spread over those few contact points, resulting in anomalously deep scratches. Successful break-in will require complete removal of the over-sized diamonds. The challenge is to find a break-in procedure that will remove the over-sized particles while minimizing the loss of nominal-sized abrasive.