A commonly used technique in honing a straight razor is to begin by dulling or joining the edge by drawing it across the lip of a glass or bottle, or across the edge of a hone.  The purpose being to remove the existing edge and ensure that a completely “new” edge is created with subsequent honing.    The effect is not well understood, primarily since the effect occurs at a scale not resolved by conventional microscopy.  It has been suggested that this edge may be ‘realigned’ by stropping; here we investigate this possibility. 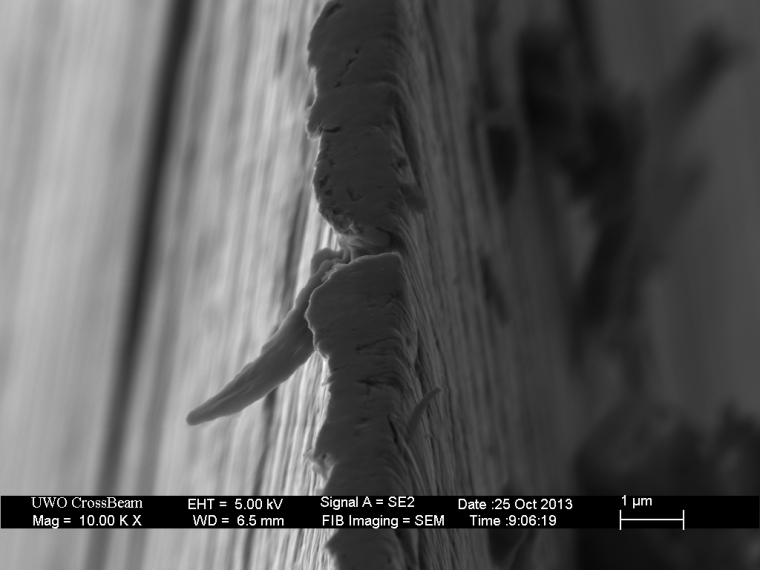 Edge “dulled” by drawing across the lip of a glass beaker.

The same edge as above, after stopping on linen. The deformed metal has broken off and burnishing has begun to reshape the edge.

Razor edge “dulled” by drawing across the lip of a glass beaker. FIB cross-section exposes the profile of the edge. 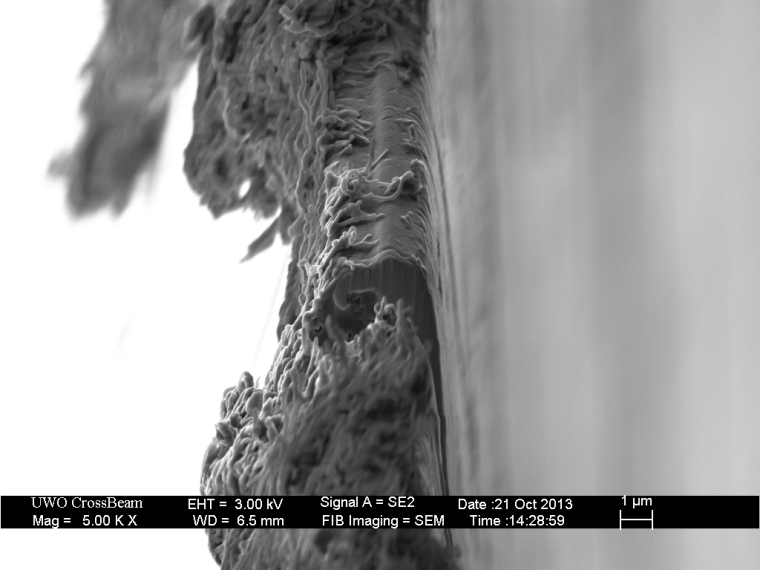 The same edge as above, stropped on clean leather. The edge has neither re-aligned nor broken off, instead, the burr has scraped away a layer of leather. The edge is obscured by leather fibers, except where the FIB cross-section has been made to expose the “still dull” edge.

← Definitions of Sharp and Keen
Abrasive Particles under the SEM →